We work with 2 of Australia’s largest supermarkets and collectively monitor over 300 stores nationally. With so many stores equipped with chicken warmers, roof sprinklers, staff toilets and rigorous cleaning schedules it is critical that the stores are monitored 24/7 to ensure no unnecessary water use is happening.

Below are water savings achieved in 2020 for our clients. 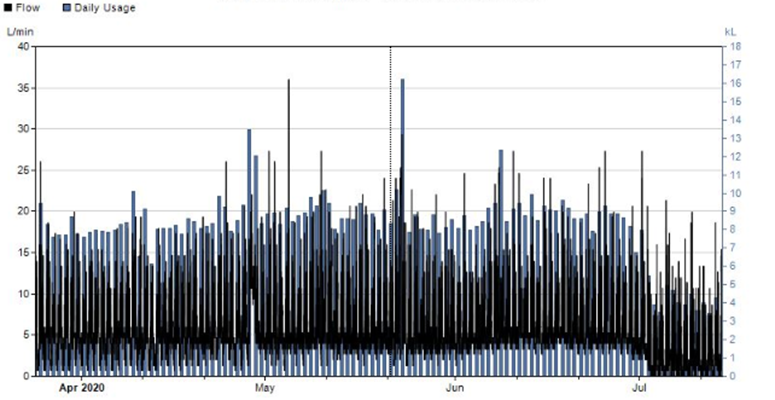 In January, the site was contacted due to condenser sprays being left on however an increase in their minimum base flow suggested a hidden leak in the water network.

After multiple investigations, a number of issues were identified and rectified however the base flow continued to rise indicating the source of the issue remained hidden. The site engaged a leak detection specialist to help investigate and leaks were discovered deep underground in the car park. Once fixed, the flow rate returned to its typical base flow.

Deemed savings based on a hidden leak underground with no obvious trace: 9,461kL / $28,287.79. These leaks can typically go on for 6-12months as there is no visual indication until the leak has caused significant damage. 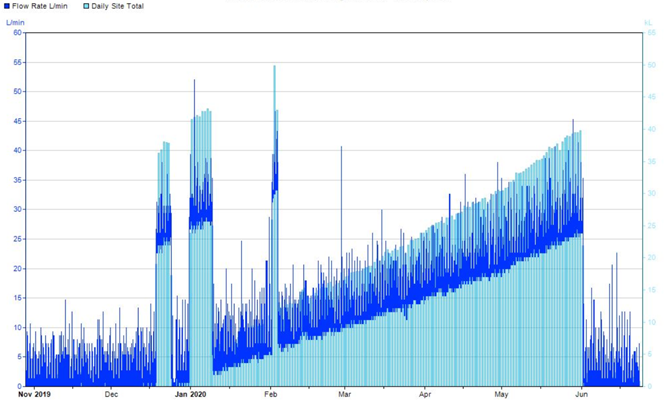 As soon as this smart metering was implemented, we were alerted to the significantly high base flow (8L/min). It took a few days for the plumbers to identify the base flow source; however they found a leak under one of the cool room floors.

Given the scarcity of water in the area, the store arranged to turn it off when not in use. Rectification work was organised for as soon as possible.

Deemed savings based on a hidden leak underground with no obvious trace: 6,307kL / $20,813. These leaks can typically go on for 6-12months as there is no visual indication until the leak has caused damage. 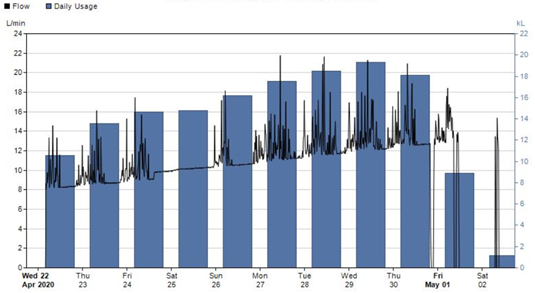 WaterGroup’s smart metering system has been implemented across over 300 of this super market stores. Through our AWARE programme, WaterGroup have delivered ongoing insights and alerted store managers to a number of leaks across the portfolio. FY19/20 - 121,645kL Saved $ 434,910.

With the total water consumption around 540,000kL/yr, leaks amounted to 20% of the total usage monitored.